what is the lazy marketer?

Simply said, we don’t just find million-dollar ideas. We look for those rare opportunities where even the laziest attempt could generate game-changing outcomes… 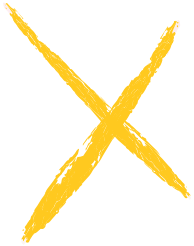 A few thoughts from the founder…

This is the story of how a 20-minute experiment produced more revenue than 2 years of hustling, grinding & persevering.

It all started in a little surf town called Tamarindo…

It was 2006. I’d just gotten married. We were young, broke & adventurous – so we decided to take all the money we had in the world (next to none!) and move to Costa Rica for a while.

At the time, I was floundering around on a few different projects online. My main gig was running growth for a mobile payments processor. I’d already been busting my ass for about two years on the project. It wasn’t going well.

Anyway, one day I ended up running a totally random marketing experiment. I needed a new antivirus program or something, so I went over to Download.com to find something (back when shareware was a thing).

I noticed that even the crappiest, most basic shareware tools often had thousands, or even millions of downloads. And some had only been listed for a few weeks.

This sparked an idea…

So I googled around for a “shareware maker”, and built a really simple quiz tool that would just recommend certain products based on how the user answered a few yes/no questions. The links to the products contained my affiliate code.

Then I uploaded my “software” to a few different sites – which took all of 20 minutes – and forgot about it.

Weeks later, I got a notification from my web host that I’d exceeded my traffic quota, which was puzzling at first. Then I remembered… hmmm, maybe it’s that stupid little shareware thing…

It was. That stupid, 20-minute experiment ended up generating over 2 million downloads and about $80K in affiliate commissions over the weeks & months to follow. It was genuinely shocking.

As you can probably guess, I doubled-down on the strategy and ended up scaling this isolated traffic hack into something more substantial, eventually dwarfing the initial experiment. This provided the foundation for building real products, real brands – a real company.

But what’s always stuck with me is the incredible disparity between effort and outcome. You can hustle & grind all you want – but ultimately the results come from tapping into existing demand, and giving people what they want.

This fundamental realization is central to what we do at The Lazy Marketer.

We specifically look for asymmetric, “20 minute” opportunities, where as an entrepreneur you’re not relying on your own motivation or hard work to drive results… but rather you’re harnessing something much, much larger.

So it’s not about actually being lazy, per se.

It’s about finding situations that are so potent & lucrative that even the slightest effort will drive enormous results.

Finally, to use surfing as a metaphor – while most entrepreneurs are obsessed with learning how to “paddle harder”… we think it’s a lot smarter to focus on finding bigger waves.

Thanks for checking us out.

I hope to see you in the lineup 🙂 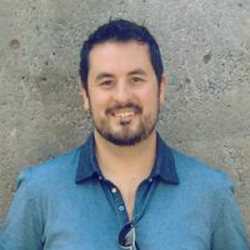